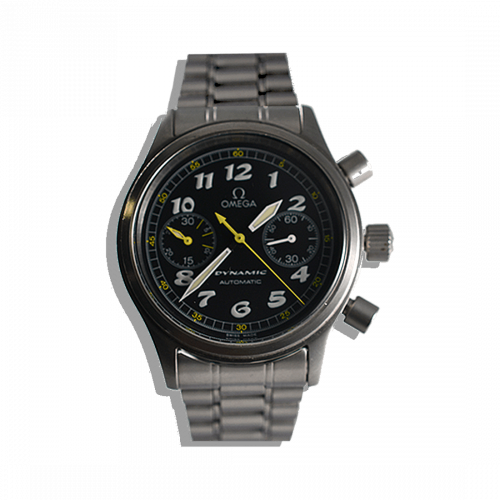 Omega Dynamic III two-counter chronograph from 1997, a robust automatic winding watch with a case size of 39 mm inspired by vintage British models from the Second World War (the famous dirty dozen of Sir Winston Churchill) Black dial with white inscriptions, Swiss made mention (for superluminova) at the bottom of the dial, luminescent sword hands. Time railroad with hour numerals in white and seconds in yellow. Two permanent small seconds counters on the right and thirty minutes on the left (indexed in the manner of World War II pilot watches in 3 minutes for landing circuits)

In terms of collection, the Dynamic model range was introduced to the market by Omega in the sixties. The brand's will at this time is to shake up the codes and rely on the POP-Art fashion of the moment to stylize this new range. (lip at that time will produce in the same style as the famous and futuristic lip talon with case shapes of a very Space-age aspect)

At the end of the nineties, fashion was very aviation-oriented, and the forties were in fashion. The stars of the moment were the Breitling Navitimer and the Avirex jackets, and the films in vogue were Top-Gun, Memphis Belle, and The Right Stuff. In short, a vintage aviation atmosphere will promote this model's emergence. Very fashionable at that time, the Dynamic range shakes up the codes (even too much) to continue to please with the Dynamic II edition, and it's in its third edition that this Dynamic watch will regain public attention.

In the models commissioned by Sir Winston Churchill (the famous twelve watches nicknamed the dirty-dozen), Omega will draw to stylize this automatic Dynamic III chronograph. Still, he will add to it what is technically best in 1997 in the swatch group: an automatic chronograph movement calibre 1138 44 jewels (based on the latest generation of the famous ETA 2892-A2 movement, which equips the majority of military models of the moment... and would, however, have suited the Speedmaster Reduced Automatic which will be equipped with the same steel bracelet). Waterproof 2 ATM chronograph case with screwed back, sapphire crystal, black dial with sword-like hands (royal navy type), central second hand with retrograde point arrow (which evokes the broad - British arrow). All in a meticulous realization of the grand tradition of quality of the manufacture of Bienne.

In terms of use, this rarely distributed chronograph will allow you to adopt a vintage aviation look without fearing any fragility of your timepiece. Watch of a size compatible with small wrists. It can also easily be on a woman's wrist, given its thinness. This waterproof watch will accompany you to the beach and in the water without fear of being damaged. Its robust movement is not afraid of sports activities. It is ideal for any sport, even motorsports rich in vibrations or shocks. In short, it's a beautiful watch, robust and ready for adventure, with an adventurer's look, without ending up being the size of an alarm clock on the wrist. It should be noted that this watch, which has one of the best steel bracelets of its generation (20 mm wide at the lugs), can be replaced by a vintage pilot-style leather strap which will advantageously accentuate its off-the-beaten-track look, giving it an unidentifiable aspect, even for aficionados. 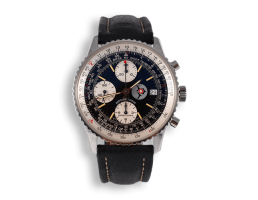 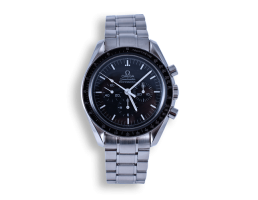 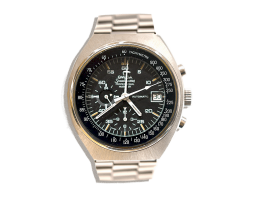 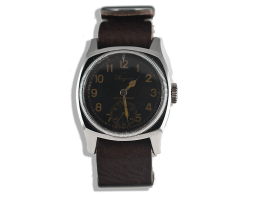