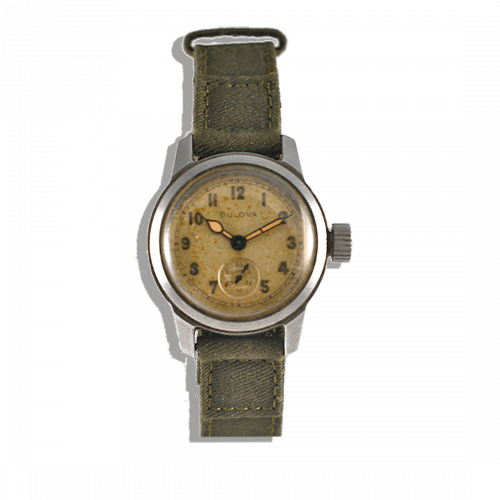 Bulova cal-10 watch, the American military watch of the second world war, the firm Bulova, in the same way as Waltham, hamilton or Elgin was asked by the American war department to produce before and during the world war type watches Cal-10 Ord Dept for the US and allied armed forces. Some of these models were sent to the European armies stationed in England. Others were sent before the start of the war by the war relief funds to the USSR (see the article on Stalin's watches in the press kit) and to the forces Chinese versus Japanese.

This 1943 model was produced during World War II and is available in our shop in Aix en Provence: it is the model referenced in calls for tenders from the American state department COM the Cal 10 "Ordnance Department" reference. These watches (also famous on the screen in many productions like 'Fury' with Brad Pitt or the Steven Spielberg movie 'Saving Private Ryan') were intended for the ground forces and were available with generally white dials and with counters to small independent seconds at the bottom of the dial.

These watches, which were engaged on all fronts, had to withstand both the temperate climate of the European front and the harsh conditions of the Pacific Ocean's islands, mainly by withstanding the humidity of the monsoon and the sea. The solution chosen will be a watch robust and precise equipped with a synchronized manual winding calibre hack-type shockproof watch (to facilitate maintenance in the field), with a small permanent second (to check at any time that the watch has not stopped) and a large crown to be wound if necessary with gloves, a dial that can be read in any condition with luminescent hands (for use at night or in dim light) 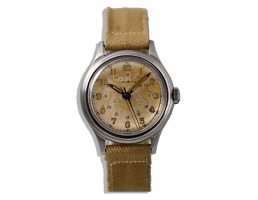 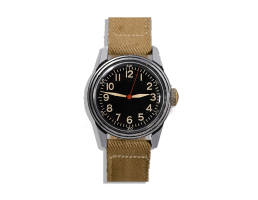 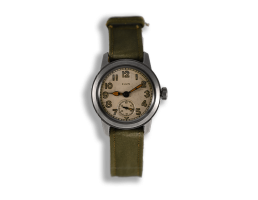 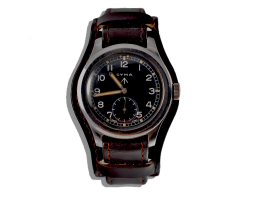